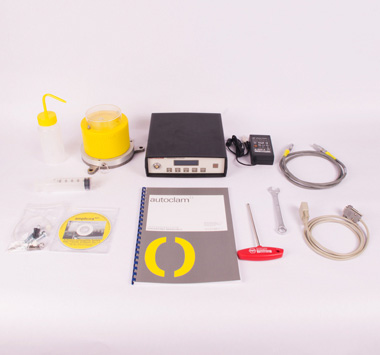 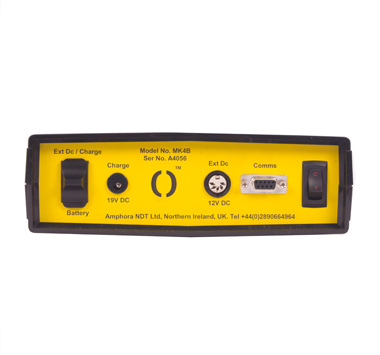 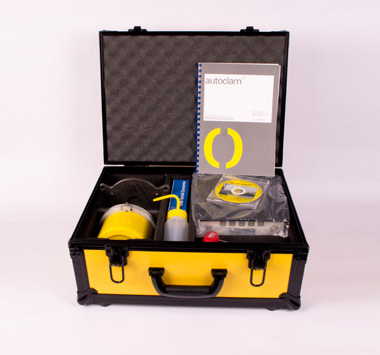 Autoclam has been used in the following case studies:

Much of the trouble encountered with reinforced and prestressed concrete today is due to the ingress of harmful materials such as carbon dioxide, chlorides and sulphates. In gaseous form or as solids dissolved in water, they penetrate through the zone of concrete that is in contact with the environment where major damage is done. Therefore, knowledge of the penetrability characteristics of the near-surface zone of concrete (and such building materials) is of utmost importance, which can be obtained through site measurement of gas and water permeability and water absorption.

• Assessment of resistance to carbonation • Prediction of salt induced corrosion of steel in concrete • Determination of freeze-thaw deterioration and salt scaling • Monitoring the effect of microcracking in building materials • Assessment of sealants, coatings and hydrophobic surface treatments • Measurement of the effect of curing of concrete • Measurement of the influence of special formworks, such as controlled permeability formwork • Indirect prediction of abrasion resistance of surfaces • Determination of shrinkage and settlement cracking • Quality assurance of building materials • Compliance testing of durability specification

Gas Permeability tests can be carried out on most building materials for which the coefficient of permeability is less than 10-10 m/s.

Both the Water Permeability and Sorptivity (water absorption) tests can be carried out on impermeable materials to those in which the maximum rate of flow of water is 1 mL/minute. The resolution in these tests is 1 microlitre.

Functional purpose of the Autoclam The Autoclam can be used to measure the air and water permeability and the water absorption (sorptivity) of concrete and other porous materials, both in laboratory and on site. Using this equipment, the rate of decay of air pressure is recorded for the air permeability test, whereas the volume of water penetrating into the concrete, at a constant pressure of 0.02 bar (2kPa) and 0.5 (50kPa) bar are recorded for the sorptivity and the water permeability tests respectively. These tests, which can be carried out quickly and effectively on site without prior planning, are essentially non-destructive in nature and a skilled operator is not needed.

The components of the Autoclam The Autoclam is supplied in a portable carrying case, and consists of two parts, the Autoclam body and its electronic controller and data recording system. (Fig. 1a). The Autoclam body comprises of the following components:

Base ring: One base ring that can isolate a test area of 50mm diameter (Fig. 1b) is supplied, which can be bonded to the test surface. Additional rings can be ordered separately and are available with a variety of test areas. Special bases (Fig 1c) for clamping to the test area rather than using adhesive are available.

Base unit or body: Inside the protective (yellow) cover the base unit accommodates – • an electronically controlled priming system to fill automatically the test area quickly • a reservoir to hold sufficient water for one test • a miniature variable volume pump and control valves to apply and maintain pressure and to measure the volume of water or air passing through the test area • an accurate pressure transducer to record test pressures • all necessary connections to the electronic controller

The electronic control box contains all the custom designed electronic control and recording hardware. On its front panel (Fig. 2) is a back-lit digital liquid crystal display screen, test selection keys, a reset key, and a twelve pin circular socket to connect to the Autoclam base unit.

The control box houses an internal battery to permit use of the instrument on site without needing any external electrical facility. Also supplied with the kit is a DC power supply unit to permit extended site use and to charge the internal battery.

The rear panel of the unit contains a standard RS 232 serial port computer connection and a two pin circular connector to connect a 12 to 24 volt DC supply or the mains power/charging unit and a power switch.

Technical details of the Autoclam

The Autoclam Permeability System measures the air permeability, unsaturated water permeability and water absorption (sorptivity) of concrete, brick masonry and stone masonry, both in the laboratory and on site. It can assess the quality of building materials in terms of these properties, both soon after the construction and at any time during the service life of structures. Any defects of the building materials due to interactions with the exposure environment can be detected at any time and advance warning of the need for remedial measures before the structure starts deteriorating.

The instrument, which is currently available in four different versions, is totally portable and easy to use on site. Non-skilled personnel can carry out the tests. The tests can be carried out without leaving any mark on the test surface, a unique feature that would be required, for example, while testing façades of structures. The total duration of each test is less than 30 minutes, which includes instrument setting up time. Up to 12 tests can be carried out using the battery pack available within the instrument or run continually during the day if an external power supply is available. The data from each test is stored in the controller of the instrument and can either be recorded manually or transferred to a PC for further analysis.

The Autoclam is a well-established instrument, with more than 30 countries using it for a range of applications. There is potential for it to be used for testing soil, slates, floor finishes, timber, asphalt concrete, etc.

The Autoclam has been continually developed and updated for the past 25 years by Amphora and our research affiliates, being proven as a reliable instrument both on site and the laboratory. An overview of the key academic publications on the Autoclam has been provided below.
Were possible full versions of the document have been supplied, subject to copyright laws. Some publications may require you contact the publisher directly.
For any further information or questions on this product please contact us at info@amphorandt.com

Concrete is a versatile and most popular construction material. Its long-term performance depends on the interactions with the service environment, in which the penetration of deleterious substances is highly significant. The latter can be considered solely controlled by permeation properties of the near surface concrete. This paper reviews first the various transport mechanisms which govern the ingress of deleterious substances into concrete and lists tests which could be used to determine these mechanisms. This is followed by a discussion on various mechanisms of deterioration of concrete in an attempt to highlight the transport mechanisms, which are relevant to each mechanism of deterioration. Finally, from the documented information the usefulness of permeation tests to assess the durability of concrete is discussed by presenting inter-relationships between the two obtained in laboratory studies.

This paper descirbes a simple test measuring the sorptivity (a measure of the absorption property of concrete) and the air and water permeability of concrete on site. Using this test, the decay of pressure is monitired for the air permeability test, whereas water penetrating into the concrete at a constant pressure of 0.01 bar (1kPa) and 1.5 bar (150kPa) are recorded for the sorptivity and the water permeability tests respectively. These tests are essentially non-destructive in nature and a skilled operator is not needed. It is possible to carry out a number of tests quickly and efficiently on site without prior planning. It has been found that statistically satisfactory results can be obtained from a mean of three tests. As the flow lines are largely concentrated within 40 mm from the surface, reasonably reliable results can be obtained by drying the surface even if the surface under test is initially wet.

3.2 The Autoclam a new test for permeability

The durability of reinforced concrete structures and structural elements depends on a large extent on the resistance of the surface layer of concrete (‘covercrete’) to the ingress of aggressive liquids and gases. The transport of these substances is mainly controlled by the sorptivity and permeability of the concrete. This measuring sorptivity and permeability should give useful information on the quality at the time of construction and its performance in service. Many researchers have therefore attempted to develop test methods to measure the permeability of the cover concrete. However, few such methods are widely used for site testing, mainly because of the disturbance and damage caused to the surface during testing. For these reasons the Autoclam permeability system was developed for in situ and laboratory testing of the durability characteristics of concrete. This apparatus is portable, essentially non-destructive and suitable for in-situ use to determine the air and water permeability. Detailed laboratory investigations have been carried out with this new equipment.

3.3 Near surface moisture gradients and in situ permeation tests

Both the durability of concrete and permeation test results are influenced by the degree of saturation of capillary pores in concrete. In a laboratory, the moisture distribution of a test sample can be standardised by oven drying, however, this is not feasible for tests carried out in situ. Therefore, an investigation was carried out to monitor the moisture distribution in the near surface concrete over an extended period and study its effects on in situ air permeability and sorptivity test results. The results indicated that moisture distributions in the near surface concrete within 10 mm of the exposed face are highly susceptible to changes in exposure conditions. However, when the internal relative humidity of the near-surface concrete layer was less than 80%, the results of the in situ permeation tests could be used to identify the variation in quality of concrete.

3.4 Effectiveness of in situ moisture preconditioning methods for concrete

With greater emphasis now being placed on the durability of concrete and the need for on-site characterization of concrete for durability, there is an increasing dependence on the measurement of the permeation properties of concrete. Such properties can be measured in the laboratory under controlled ambient conditions, namely, temperature and relative humidity, and comparisons made between samples not affected by testing conditions. An important factor that influences permeation measurements is the moisture state of the concrete prior to testing. Moisture gradients are known to exist in exposed concretes; therefore, all laboratory tests are generally carried out after preconditioning to a reference moisture state. This is reasonably easy to achieve in the laboratory, but more difficult to carry out on-site. Different methods of surface preconditioning in situ concrete are available; however, there is no general agreement on the suitability of any one method. Therefore, a comprehensive set of experiments was carried out with four different preconditioning methods. Results from these investigations indicated that only superficial drying could be achieved by using any of the preconditioning methods investigated and that significant moisture movement below a depth of 15 mm was not evident.

4.0 Review of Autoclam concrete permeability test method and comparison to other methods

4.1 A brief review of methods for measuring the permeation properties of concrete in situ